The measure of a great place? 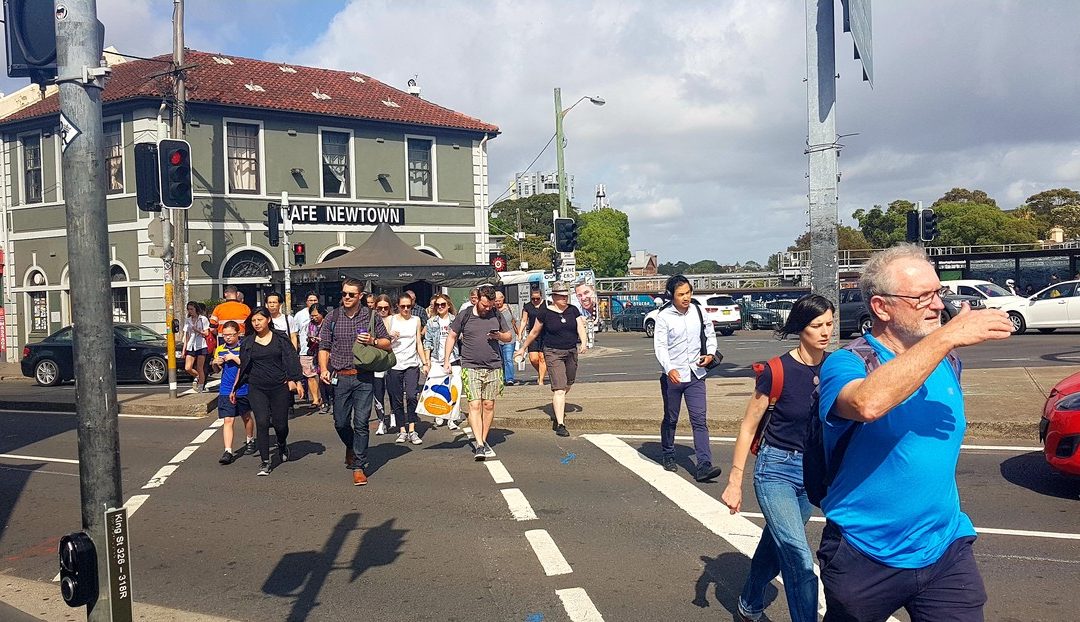 Over the last year, place has been at the forefront of discussion within transport planning circles, thanks to the release of the Road Planning Framework and the pioneering work undertaken by the NSW Government. In response to all the debate, I thought a light-hearted reflection on those places I have enjoyed in the last year, may shed light on common place features and elements which contribute to success or greatness. Its a highly subjective approach, one which I encourage participation – at the least to help me populate my travel itinerary for 2019!

The Baltic Triangle is a place layered in maritime history thanks to the City’s position on the shipping lanes. Its collection of streets and buildings visibly show the scars from past trade. Its Georgian Terraces built for the wealthy trade merchants, are connected to the Scandinavian Timber Mills by the streets where whale carcasses once lay.

In the last ten years, the buildings have slowly been repurposed for a variety of uses, yet remain raw and edgy. The tactile qualities of the buildings make you want to reach out and touch the past.

In my opinion, it is this quality of the urban realm that creates a sense of inheritance and belonging. It seems to encourage social interaction with the environment and with it the creation of new marks that stamp one’s ownership onto the skin of the buildings and streetscape.

The resultant street art is authentic and is replicated through the place’s food and music with venues appearing unexpectedly. The resulting street theatre is an interactive experience that triggers interest and intrigue.

The Baltic Triangle demonstrates a potential outcome of a great place is a sense of community belonging. This could be measured by street art and other expressions of power and identity onto the built fabric.

The Languedoc region in France is littered with medieval towns and walled cities. Each of the towns I visited, comprised a similar network of narrow laneways edged by two or three storey terraces. The granularity of the terraces complement the width of the streets, with doors and windows so close to one another, you involuntarily become enveloped in the activities that spill from within.

Unconsciously, I tended to walk slowly through these lanes. Looking ahead, the vista of the lane would gently unravel with each step, lulling you further inside the city. The height of the terraces seemed ‘just right’ – hugging you into the lane in a manner of comfort as opposed to suppression.

I noticed that the height of the buildings also worked to cast a gentle shade across the lanes providing relief from the summer heat. In contrast, the squares were bathed in sunlight which you could see twinkling at the far end of the lanes. The square’s activity tended to hug the edges leaving an expanse for flows of people to interchange between laneways.

The scale of the place created a sense of intimacy that I have not felt in a typical first-world City. Something I am attributing to these towns being built for the primary purpose to move people not vehicles.

The Medieval towns in Languedoc demonstrate the width of streets and the granularity of units can influence the intensity of place activities and social interaction. They also demonstrated how scale can influence behaviour and emotion. In contrast, wide streets tend to lack a sense of ‘comfortable’ enclosure or boundaries, where wide horizons can in some places, make you feel lost within the road space.

Conclusion: The two examples are contrasting places in terms of the built form, yet, in my opinion are both successful in their own right. The only commonality I see is the interaction of people.  And so, the measure of success would be the outcome of these interactions such as culture, community cohesion and a sense of belonging. Something that is not easily measured … maybe we should just go by feel! Thoughts?